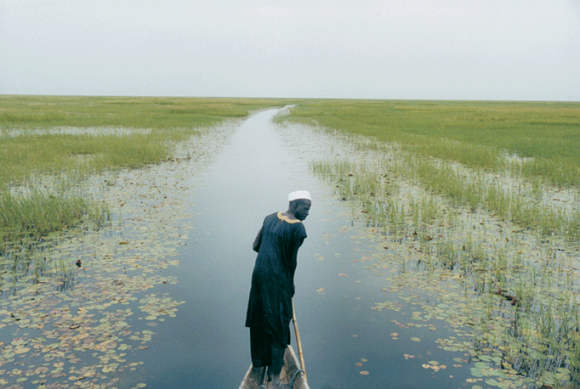 Wolfs Company, in partnership with Wetlands International,  Altenburg & Wymenga and the Potsdam Institute for Climate Impact Research (PIK), performed an impact analysis of  the effects of water infrastructure projects in the Niger river in Mali. This analysis was done in two seperate projects, one commissioned by the World Bank and the other by the Dutch Embassy in Mali.

The Niger river is the main artery of West Africa, flowing from the highlands of Guinea to its most northern point in Mali and out to its delta in Nigeria. Along its route, it provides a variety of services to many different beneficiaries. It is the principal freshwater source in the semi-arid Sahel region of West Africa, making it crucial for the provisioning of a wide range of ecosystem services. The annual flooding regime of the Niger provides the lifeline for the Inner Niger Delta, the second largest wetland in Africa and a designated RAMSAR site. The delta extends over 25,000 km2 during good flooding years providing livelihoods to around 1.5 million inhabitants. This extent, however, can cover as little as 8,000 km2 during periods of drought. Effects of low flooding levels, especially during consecutive years, have detrimental impacts on fisheries, livestock, agriculture and transport in the Inner Niger Delta. To satisfy the growing demands for energy and food demands in Guinea and Mali, it is anticipated that a large hydropower dam will be built in Moussako, near the source of the Niger river in the highlands of Guinea. In addition to electricity generation, the dam will provide controlled irrigation for the gradual expansion of the Office du Niger agricultural region in Mali.

Analysing the effects of the Moussako dam

To quantify the effects of the planned infrastructure projects, Wolfs Company in which various dimensions and operational goals of the potential Moussako dam, and two scenarios for the expansion of Office du Niger, were analysed. Results indicate that both infrastructure projects have a significant effect on the provisioning of ecosystem services in the delta. The economic values of recorded rice production,
livestock herding, fishing and fluvial transportation in the delta is estimated at 238 billion FCFA per year. The upstream interventions are estimated to decrease this value by 2.2% to 11.5%, or between 6 and 24 billion FCFA per year. Also, as indicated by the scenario analysis, complete collapse of the rice production, fishing and transport sectors in dry periods, such as experienced in the 1980s, cannot be excluded. Furthermore, the planned projects are estimated to increase the frequency of dry periods and projections also suggest population growth in the delta. These aspects are likely to further intensify the negative economic effects of the infrastructure plans.

The results of this study were published in the DECIDAID tool, which contains the primary results of the scenario analysis.

In the World Bank Project we worked together with Wetlands International, Altenburg & Wymenga, Deltares and ISL Engineering to further expand knowledge on the effects of water infrastructure projects in the Niger River on flood dynamics and ecosystem services in the Inner Niger Delta. Based on an updated hydrodynamic model we further assessed ecosystem services such as agricultural and fishing opportunities in the Delta, and explored additional services such as disease regulation.  This study further corroborated our earlier findings, in indicating a negative effect of water infrastructure projects on the majority of ecosystem services in the future, particularly in dry years.